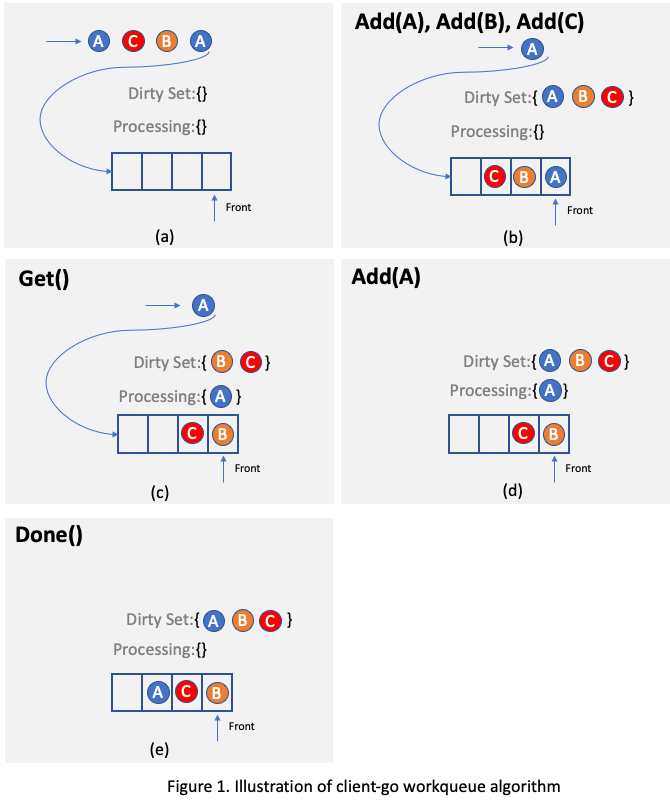 Kubernetes does not provide a clear guidance about which controller is the best fit for a user application. Sometimes, this does not seem to be a big problem if users understand both the application and workload well. For example, users usually know when to choose Job/CronJob or DaemonSet since the concepts of these workload are straightforward - the former is designed for temporal batch style applications and the latter is suitable for long running Pod which is distributed in every node. On the other hand, the usage boundary between Deployment and StatefulSet is vague. An application managed by a Deployment conceptually can be managed by a StatefulSet as well, the opposite may also apply as long as the Pod OrderedReady capability of StatefulSet is not mandatory. Furthermore, as more and more customized controllers/operators become available in Kubernetes community, finding suitable controller can be a nonnegligible user problem especially when some controllers have functional overlaps.

Kruise attempts to mitigate the problem from two aspects:

An easily understandable controller name can certainly help adoption. After consulting with many internal/external Kubernetes users, we decide to use the following naming conventions in Kruise. Note that these conventions are not contradicted with the controller names used in upstream controllers.

Can we further distinguish controllers with the same name suffix? Normally the string prior to the suffix should be self-explainable, but in many cases it is hard to find a right word to describe what the controller does. Check to see how StatefulSet is originated in this thread. It takes four months for community to decide to use the name StatefulSet to replace the original name PetSet although the new name still confuse people by looking at its API documentation. This example showcases that sometimes a well-thought-out name may not be helpful to identify controller. Again, Kruise does not plan to resolve this problem. As an incremental effort, Kruise considers the following criterion to help classify Set -suffix controllers.

One unique property of StatefulSet is that it maintains consistent identities for Pod network and storage. Essentially, this is done by fixing Pod names. Pod name can identify both network and storage since it is part of DNS record and can be used to name Pod volume claim. Why is this property needed given that all Pods in StatefulSet are created from the same Pod template? A well known use case is to manage distributed coordination server application such as etcd or Zookeeper. This type of application requires the cluster member (i.e., the Pod) to access the same data (in Pod volume) whenever a member is reconstructed upon failure, in order to function correctly. To differentiate the term State in StatefulSet from the same term used in other computer science areas, I'd like to associate State with Pod name in this document. That being said, controllers like ReplicaSet and DaemonSet are Stateless since they don't require to reuse the old Pod name when a Pod is recreated.

Supporting Stateful does lead to inflexibility for controller. StatefulSet relies on ordinal numbers to realize fixing Pod names. The workload rollout and scaling has to be done in a strict order. As a consequence, some useful enhancements to StatefulSet become impossible. For example,

We found that many containerized applications do not require the Stateful property of fixing Pod names, and StatefulSet is hard to be extended for those applications in many cases. To fill the gap, Kruise has released a new controller called CloneSet to manage the Stateless applications. In a nutshell, CloneSet provides PVC support and enriched rollout and management capabilities. The following table roughly compares Advanced StatefulSet and CloneSet in a few aspects.

Now, a clear recommendation to Kruise users is if your applications require fixed Pod names (identities for Pod network and storage), you can start with Advanced StatefulSet. Otherwise, CloneSet is the primary choice of Set -suffix controllers (if DaemonSet is not applicable).

Kruise aims to provide intuitive names for new controllers. As a supplement, this post provides additional guidance for Kruise users to pick the right controller for their applications. Hope it helps!