Skip to main content
⭐️ If you like OpenKruise, give it a star on GitHub! ⭐️
Version: v1.3

ContainerRecreateRequest provides a way to let users restart/recreate one or more containers in an existing Pod.

Just like the in-place update provided in Kruise, during container recreation, other containers in the same Pod are still running. Once the recreation is completed, nothing changes in the Pod except that the recreated container's restartCount is increased. Note that the files written into the rootfs of the previous container will be lost, but the data in volume mounts remain.

This feature relies on kruise-daemon to stop the container in Pod. So if the KruiseDaemon feature-gate is closed, ContainerRecreateRequest will also be disabled.

All fields in strategy and the activeDeadlineSeconds/ttlSecondsAfterFinished in spec are optional.

Note that status.phase=Completed does not mean all containers in CRR have recreated successfully. Users should find the information in status.containerRecreateStates.

When the CRR has completed, only the containers in Succeeded phase are successfully recreated. 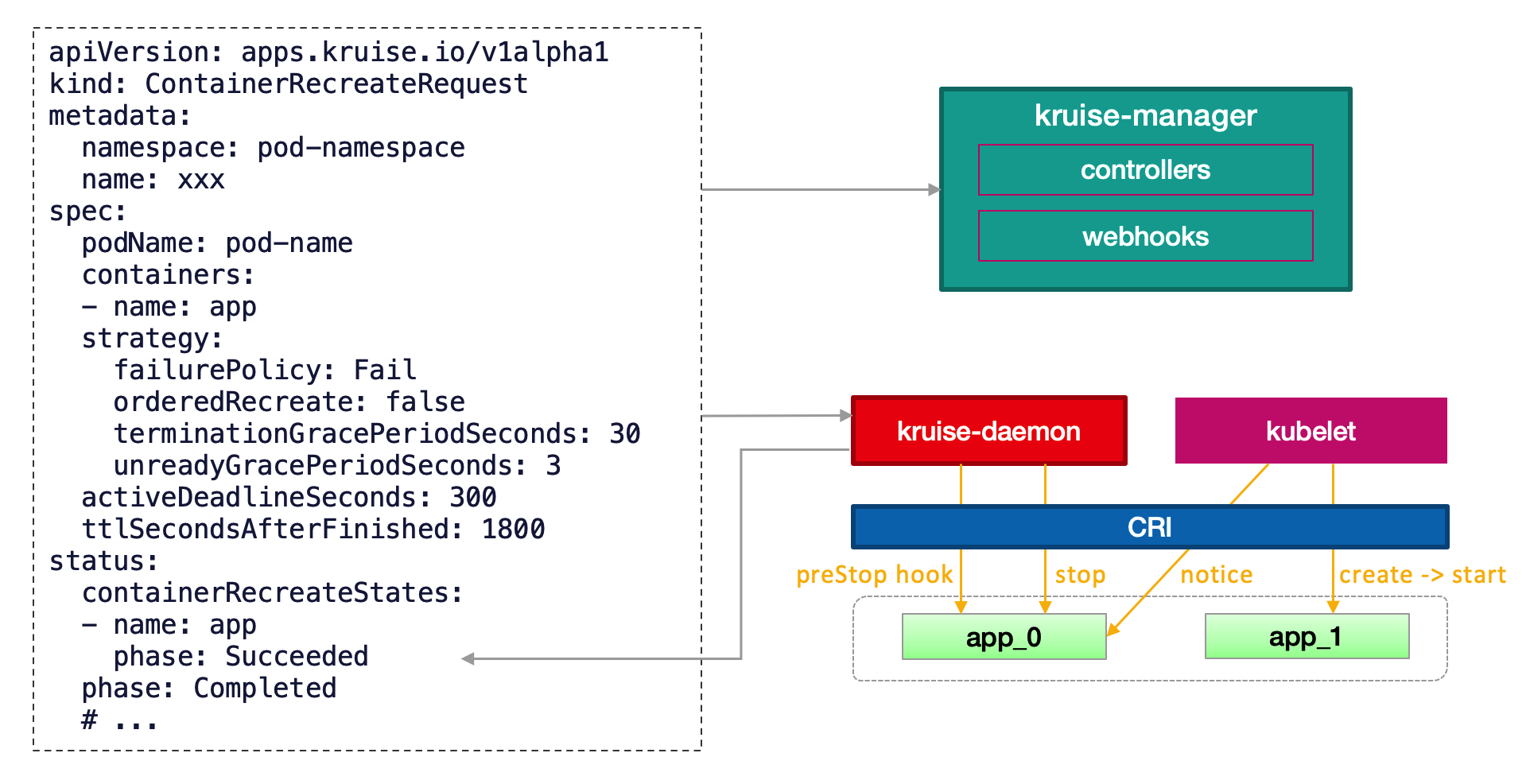 If the recreation occurs with an in-place update in the same time:

If multiple ContainerRecreateRequests are submitted for one Pod, they will be executed one by one.