Skip to main content
⭐️ If you like OpenKruise, give it a star on GitHub! ⭐️
This is unreleased documentation for OpenKruise Next version.
For up-to-date documentation, see the latest version (v1.0).
Version: Next

In-place Update is one of the key features provided by OpenKruise.

Currently CloneSet, Advanced StatefulSet and Advanced DaemonSet re-use the same code package ./pkg/util/inplaceupdate and have similar behaviours of in-place update. In this article, we would like to introduce the usage and workflow of them.

Note that the in-place update workflow of SidecarSet is a little different from the other workloads, such as it will not set Pod to not-ready before update. So the things we talk below do not totally go for SidecarSet.

What is in-place update?​

Once we are going to update image in a existing Pod, look at the comparation between Recreate and InPlace Update: 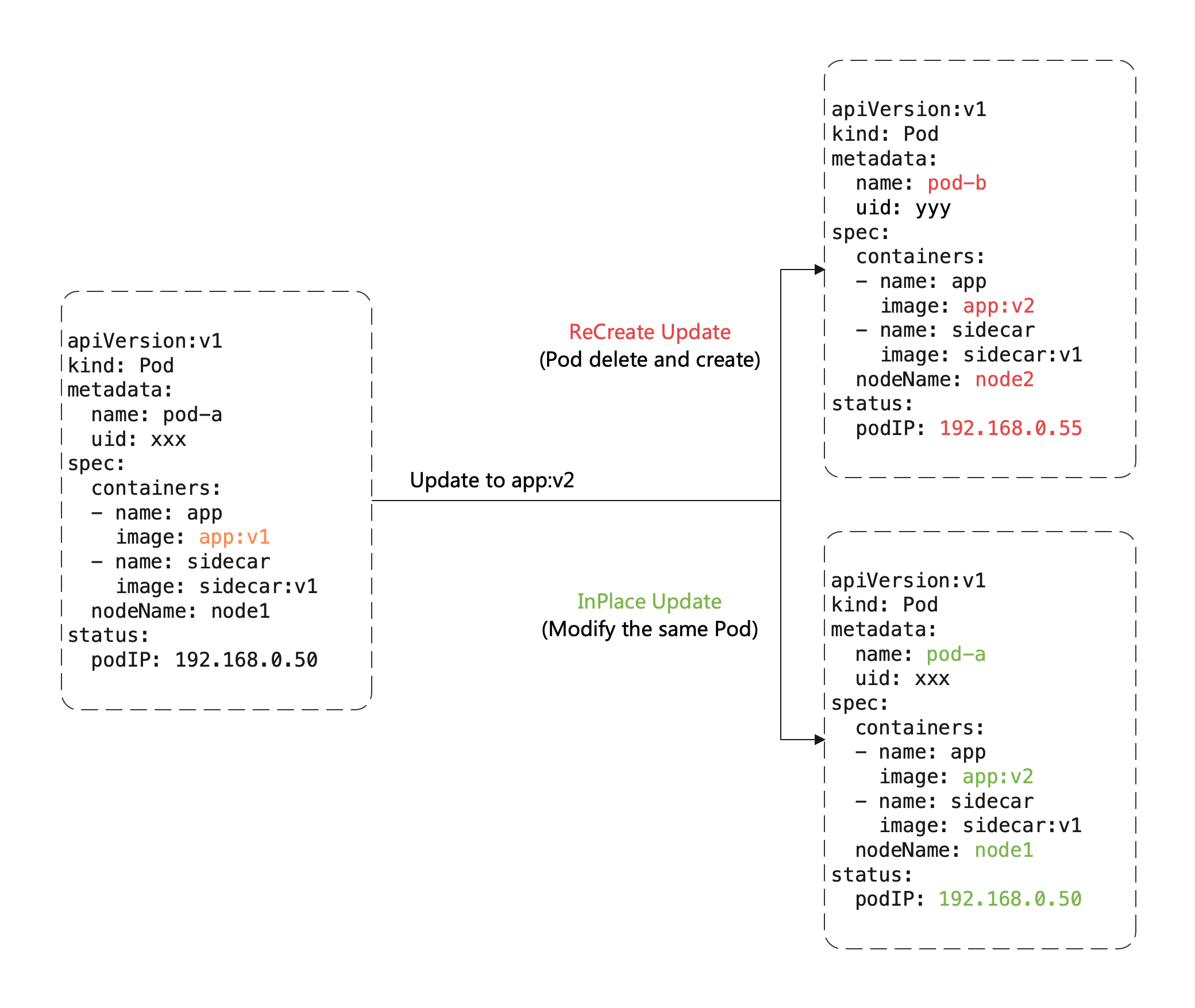 In ReCreate way we have to delete the old Pod and create a new Pod:

But for InPlace way we can re-use the Pod object but only modify the fields in it, so that:

The update type in Kruise workloads is named InPlaceIfPossible, which tells Kruise to update Pods in-place as possible, and it should go back to ReCreate Update if impossible.

What changes does it consider to be possilble to in-place update?

Take the CloneSet YAML below as an example:

You can see the whole workflow of in-place update below (you may need to right click and open it in a new tab):

To use InPlace Update for env from metadata, you have to enable kruise-daemon (defaults to be enabled) and InPlaceUpdateEnvFromMetadata feature-gate when install or upgrade Kruise chart.

Note that if you have some nodes of virtual-kubelet type, kruise-daemon may not work on them and in-place update for env from metadata will not be executed.